I go back and forth on whether it’s worth it to sell embroidery alphabets. They take forever to digitize and it’s hard to stay competitive on pricing.
But nothing compares to how long it took to digitize the Digs My Hart font. Almost every single letter had to be re-drawn by yours truly.  The entire alphabet was a mess and truly possessed by the devil. I had weird little pockets of stitching just sitting underneath or next to the letters. And quite a few letters would just stitch over and over until finally one letter had been stitched 3-4 times on top of itself—clearly not sellable material.
You can see here in my first stitching sample how many of the letters (circled with pencil) had to be re-digitized for the reasons just mentioned above. I should’ve stopped there having gotten a taste of how messed up this font is,  but I love this font and wanted to see it done…I refused to be beaten by it! 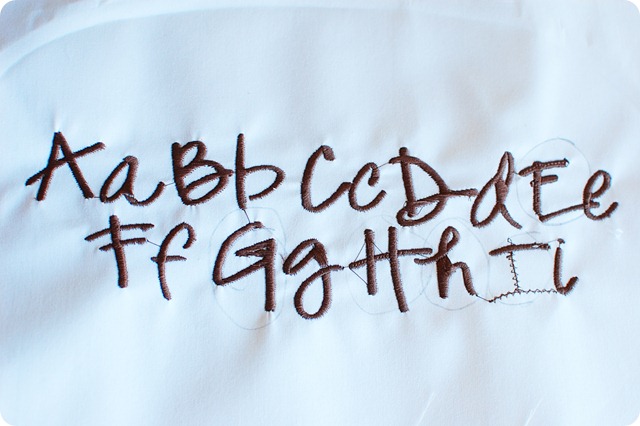 Months later it is done and available on my website.  But not after several samples and at least 30 hours of work.
Notice the capital letter G above (in brown) and how once fixed it looks below (in the bright blue variegated thread). totally different letters, huh? 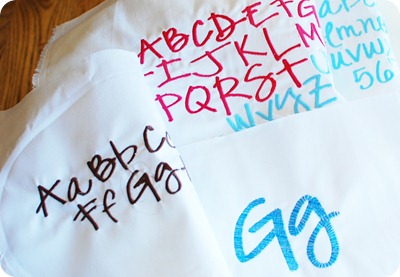 Now that it’s done, it sure looks cute on some projects though. Stupid Awesome font. 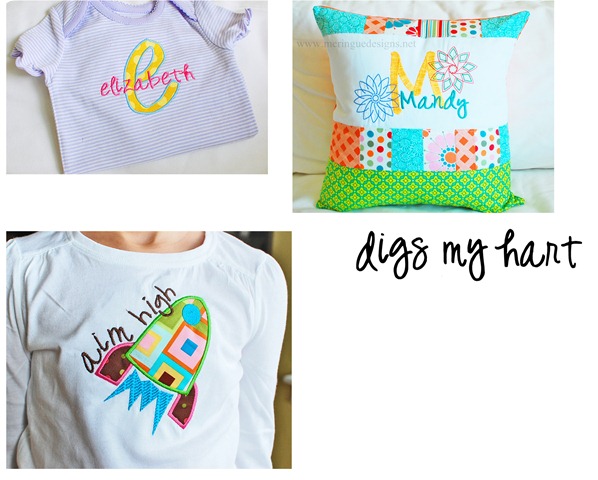 Looks great Cynthia. Thanks for your efforts - digitizing scares me silly!

Love your blog, facebook, and designs - you helped me just in the paast two weeks with fonts for my daughter's pillow and she loved it - You are so helpful with all of your tips in embroidery.

Hey! I recognize that darling elizabeth shirt! Thank you so much; it's one of our favorites. :)

It's beautiful Cynthia! It's one I will get for sure :) Thanks for all you do!