I always listen to my ipod while I am upstairs in my studio. (Studio sounds hip and creative, sewing room sounds dull and domestic.) I park the iPod in the docking station and hit shuffle. Putting the ipod on shuffle alone has been quite entertaining. I have all the recent conference talks on there as well as my usual secular music. You see where this is going, don’t ya? As Arsenio Hall used to say, some things make you go “hmmmm…”. Well, I have been going hmmmm a lot lately as I try to read some symbolism into how my iPod shuffles everything. After all, I am LDS and we LDS types likes to see symbolism in everything because it makes for good talks. Here’s a great combo: Sister Beck’s talk called “Mothers Who Know” will come on, and then it is followed by Chris Isaak’s “Wicked Game.” (As a side note—Sister Beck’s talk comes on at least once a day, quite frequently if you ask me for having hundreds of songs on the iPod. It must mean something. But then I realize I put her talk on there twice, hence the frequency it is played.) As I am ironing the seams open on my project, my mind drifts into a sort of stream of consciousness. I wonder if Sister Beck would approve of Chris Isaak. Oh sure, “Wicked Game” isn’t a bad song but if she had seen the music video—the one in black and white, similar to a Calvin Cline underwear commercial on a beach, then I know she wouldn’t approve. Goodness, i don't approve. That video is porn! Would there ever be a venue where we have conference talks followed by a mean rendition on the electric keyboard of “Everybody's Changing” by Keane? (The keyboardist in Keane acts like a drummer in that video. Watch it. Easy Killer. )I think that could seriously help my attention span with such weightier matters. Kind of like a reward for being good. I know, I know, sounds a bit irreverent, but in the privacy of my own studio it’s ok to combine conference talks with heathen music, outside of my studio, wrong. Hey, don’t judge me, I need all the spiritual help I can get.
3 comments:

Never Ever in the Whole Wide World

Have you ever played that game with a large crowd where you go around the room and say things that you have never done, but that most others have? Well, I have a few that always push me closer to winning the game. Here they are:

1. I’ve never been in the hospital. (This always wins me the game in a room full of women!)
2. I’ve never watched an entire football game. Ever. I don’t even know the rules and don’t care

to. I went to a BYU football game once as a freshman with my roommates thinking this is it—I’m going to learn to like football now that I’m in college. I left at halftime out of pure boredom. I come from a family where we all hate football--men as well as women. My parents loved the L.A. Dodgers during the 80s, so that was the extent seeing sports on tv. (Then I got married.)
3. I’ve never really liked candy. Pies and cakes yes, candy no. Even as a kid I would never eat all my Halloween candy. It would kind of go stale eventually. (I make up for it by baking all the time.)
4. I’ve never been on a horse. Don’t have much to say about this one. Just haven’t. 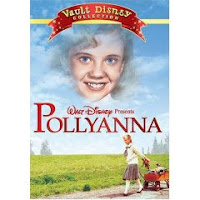 5. I’ve never seen a Shrek movie. This may sound like a weird ‘never’ but it seems like Shrek is everywhere these days with the release of Shrek 17, but whatever. Just the cover of the movie makes me wanna hurl. I’ve also never seen Pollyanna, or The Breakfast Club. Ilene has now fallen in love with Pollyanna and is quoting it, but it looks boring to me. Even as a kid it looked boring.
6. I’ve never been water skiing or snow skiing. I’ve had many opportunities to try these sports but am too afraid. And frankly, it looks more fearful than fun. I know, it’s wrong living in Utah and not being a skier. But I will gladly move out of the state lest my being here means I have to learn to ski.
7. I’ve never worn a bikini—have never even shown my stomach the light of day—nor the light of a tanning salon. I found myself wishing more women could say this while I was lounging on the beaches of Hawaii this month. Blech.

8. I’ve never eaten nor purchased Hamburger Helper, Tuna Helper, Chili Helper, Fish Helper, whatever. My mom used to joke that if she made a helper ‘meal’ my dad would give her divorce papers. Just cause I say.
9. I have never received a speedy ticket. Thanks for reminding me of that, KyLeyne!

What have you never done? Come on, don't be shy.

Something scary happened the other day. Paul and I watched a video of our wedding day. We had never seen it. (Patty, my sister, had all of our family videos on tape transferred to DVD.) Now, this wasn’t a ‘wedding video’ per say. We didn’t have any moolah for such nonsense, so we just handed the video camera to different family members and they walked around taping everything. I noticed a few things on this video.

First of all, Paul and I definitely look older. My SIL Ilene quite often posts wedding/engagement pictures of her and Dan on her blog. They don’t look a day older. Those two are adorable. But Paul and I look completely different. Perhaps its because now I actually pluck my eyebrows, don’t wear burgundy lipstick anymore, and shy away from brocade dresses with puffed sleeves. Oh and my hair is 15 inches shorter. Maybe that’s why? Paul doesn’t part his hair in the middle nor puff it up anymore. Consequently, people don’t tell him anymore that he looks like David Bowie. Just a guess. I once told my hairstylist that there are a lot of fashion regrets I have of my wedding, to which she added, “Better to regret the fashion, and not regret the marriage.” Wise words from someone with scissors.

I also noticed on the video that Paul is still the same. Often on the video, he would touch my back to guide me this way or that way. Or lean in to talk to me quietly. He was tender then, and he still is. I think you can work through any problem in your marriage if you are kind and tender to each other. I think if there’s one thing (and maybe that’s the only thing) we’ve done right in our marriage thus far is to be kind and tender to one another. He’s been the example there. I'd like to think that Paul would still send me a note with David Bowie lyrics like he did in 1994: “One day I'm gonna write a poem in a letter; One day I'm gonna get that faculty together; Remember that everybody has to wait in line; Blue Jean-look out world you know I've got mine; She got Latin roots; She got everything.” I know, I've mentioned that in a previous blog already.

Paul and I will celebrate our 13th wedding anniversary next month and there is nothing I regret about that. Even if I did have Brooke Shields eyebrows on my wedding day.
4 comments: 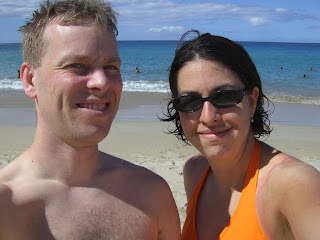 This is not going to be a typical run-down-of-a-vacation blog. I could write forever about the wonderful things we did in Hawaii but instead I'll simply give you a list of epiphanies that occured in my brain while we were in Hawaii.