This year it was just our family. Nobody came over, nobody invited us over.  We live in Utah but most of our family does not—and if they do live here they had other plans. This might sound sad to you—but I actually love it. No pressure. I can make peanut butter sandwiches for all I care. I would never do that—but it’s nice to know it’s an option. I like options. 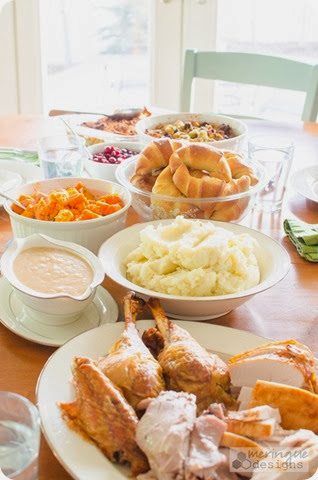 All my recipe came from America’s Test Kitchen this year. There’s a shocker. If cookbook companies had groupies, I’d be one. I’d go to their concerts and throw pie on the stage. I’m totally mesmerized by cooks. (Once in Chicago I went to Rick Bayless’ restaurant and my eyes went all foggy and my throat dried up when I saw Mr. Bayless himself.) You can have your lame-o movie stars—I stalk chefs. Ok, I don’t stalk them, but I’d love to if it were legal.

First up—Mr. Turkey. He was brined the day before for six hours and then left overnight on a rack to dry out. America’s Test Kitchen says this will give a crackly crisp skin and moist meat. Boy did it ever. I’ve never had better turkey. I even overcooked it a bit (I blame the convection) and still the white meat was jui-cy! 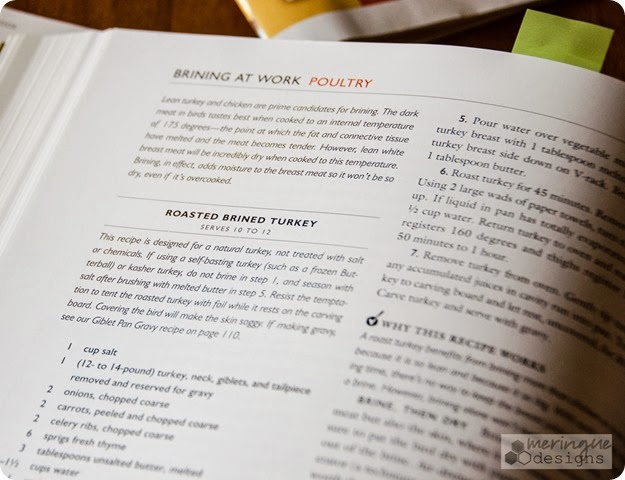 Here’s Mr. Turkey taking a nice salty briney bath on Wednesday. My garage is plenty cold in November but I added plenty o’ ice to the cooler just in case.  Nobody’s getting food poisoning at my house. I did have to double the brine recipe to completely cover my 13 pound turkey. 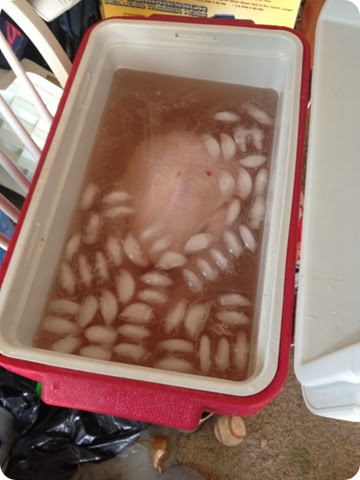 Here’s Mr. Turkey resting after 2 hours in the oven. You give him that St. Tropaz tan by starting him on his tummy then flipping him to his back after an hour. Crispy goodness all around. He rested for half an hour after his tan so that I could make the gravy and so that all his juices would redistribute throughout the bird lest he be dry. 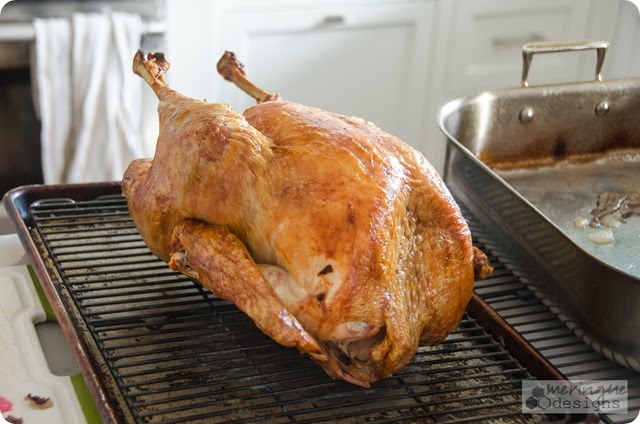 Next up: making pie dough on Wednesday afternoon so that Thanksgiving day I can get up early (like a bona fide baker) and cook my Lemon Meringue and Pumpkin pie.

All good desserts start with an inordinate amount butter. Gosh I wish I could eat like this everyday. 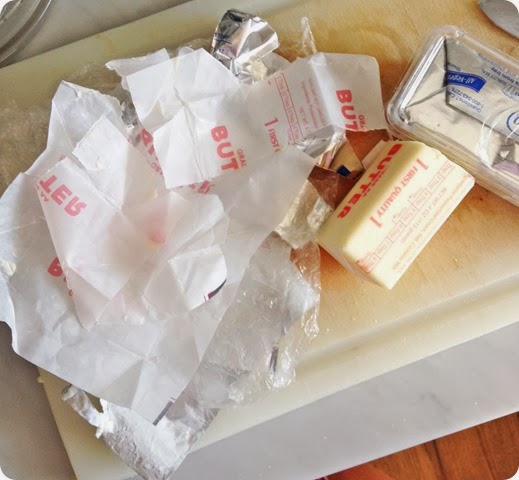 Pie dough ready for a chill in the refrigerator before rolling out. 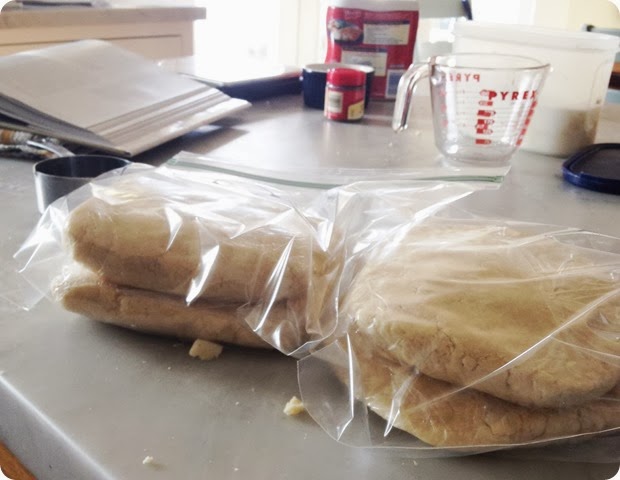 Baking done by Thursday morning at 10am. Lemon Meringue Pie, Pumpkin Pie, and Crescent Rolls. Did I mention I only fed 5 people? Mmm, leftovers. 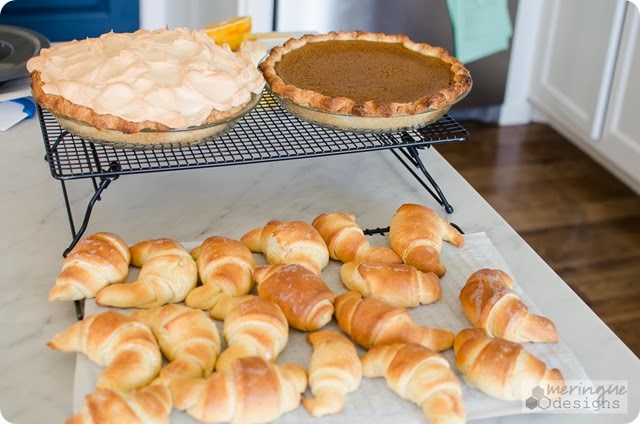 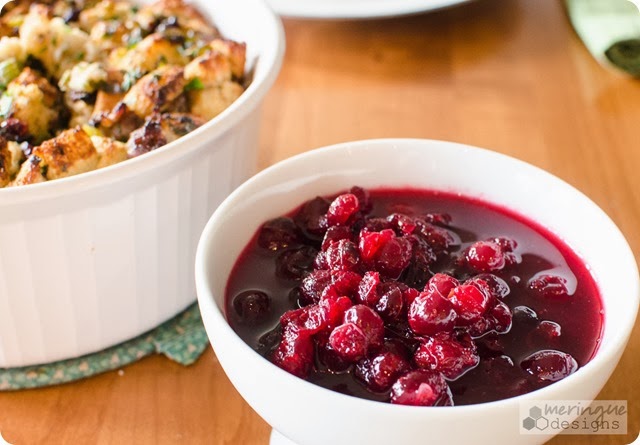 And something new this year: Green Bean Casserole with a homemade mushroom cream sauce. This was my favorite dish this year. I will make it for Christmas too. Holy cow, so good. You won’t even miss the metallic-tasting mushroom canned soup. 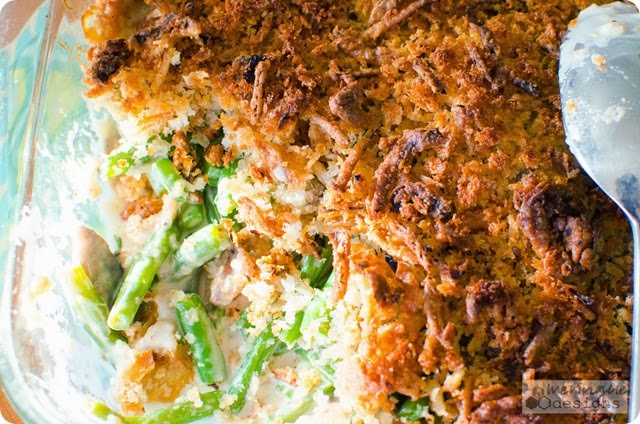 Ilene is so happy to be trimming the green beans. 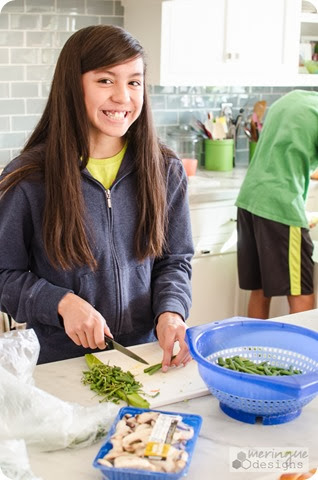 Here’s my son Nathan peeling sweet potatoes. I believe in manual labor before the feast for all involved. 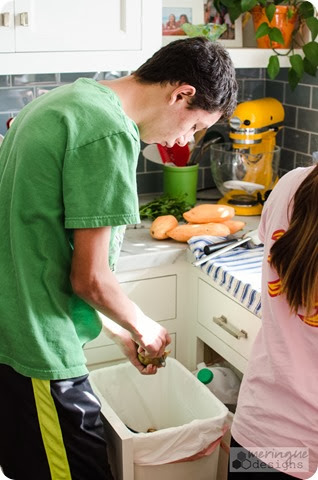 Everybody had a job this year. Thank goodness the kids are old enough to help now. My husband Paul did the grunt work for the turkey but he’s not pictured because he stayed in his pajamas all day. I’m not kidding. You wear pajamas, you don’t make the blog cut. 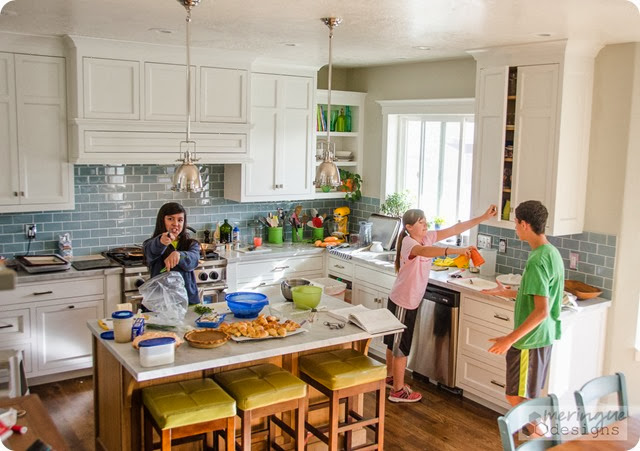 I’ve broken with my childhood tradition and do not stuff the bird anymore. Just bake the stuffing  dressing on the side. (Sorry Mom.) Sausage, Cranberry and Bread stuffing. Good stuff. 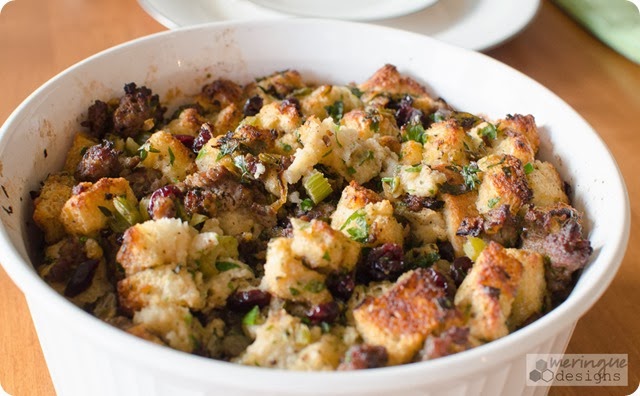 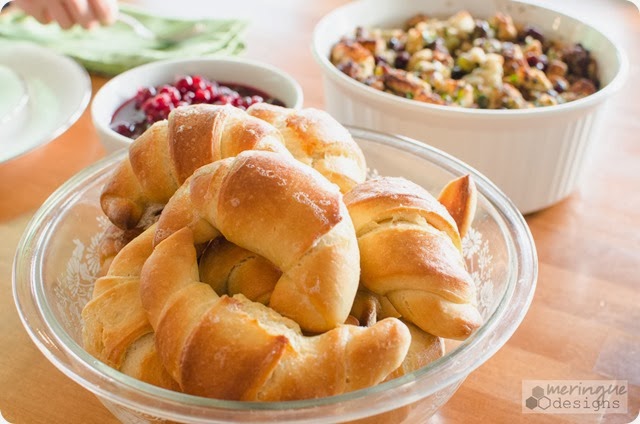 I didn’t burn the crust—it kinda looks that way on the Pumpkin Pie though. 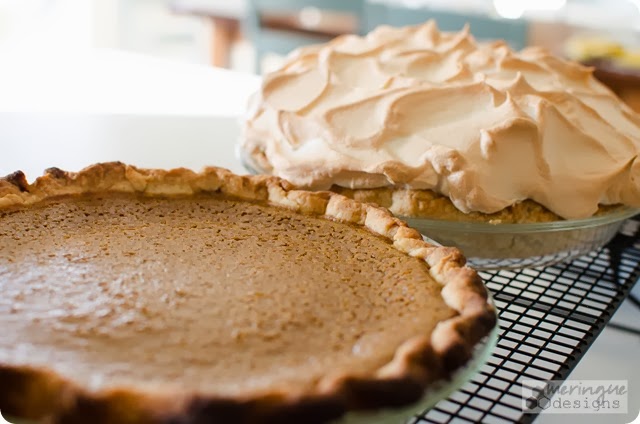 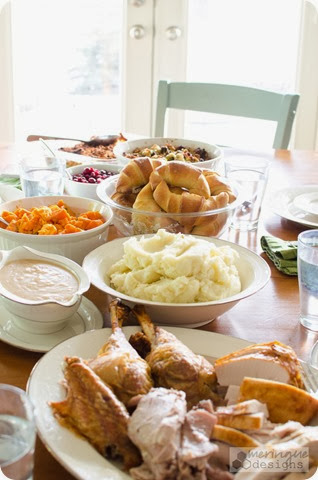 I served most everything on my mother’s fine China that my Dad bought her for a wedding gift in Japan during the Vietnam War. My kids said it shouldn’t be called China if he bought it in Japan. True.

Let the feast begin! The best part? We ate ate all the leftovers for three more days. 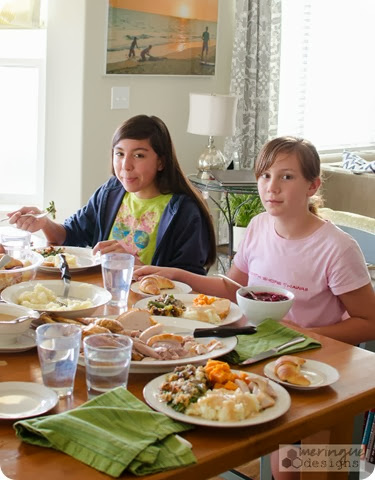 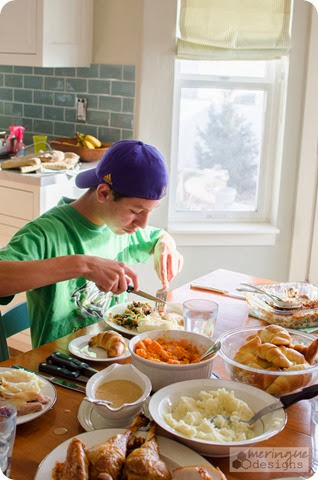 Gracious I love Thanksgiving. I can’t think of anything more fun than cooking for two days without needing to do anything else—to me that’s heaven.  God Bless America! 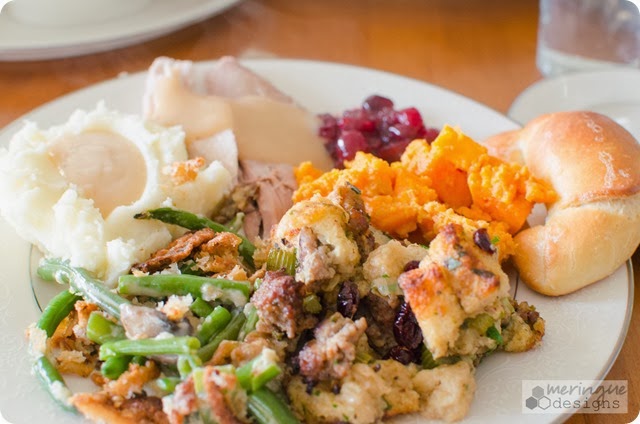