When I came across this font I immediately loved it. I love cursive fonts that are not too fussy. And this one seemed “readable” to younger children who are just learning to read and write in cursive. Here’s how I made it work. (Can be purchased here.)

I knew it would look lovely embroidered on special items. I started out by making a pillow for a birthday party my daughter attended. 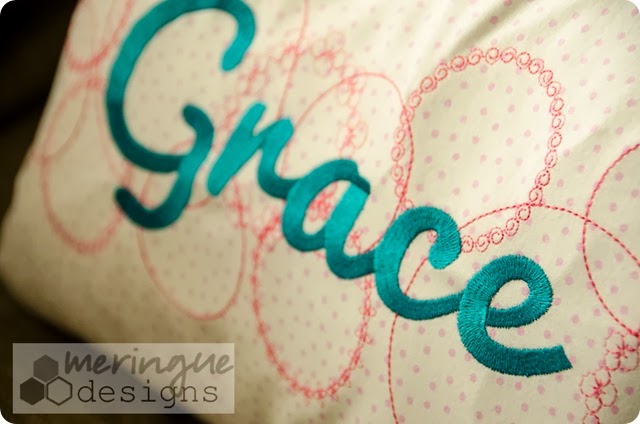 I noticed the lowercase ‘k’ didn’t quite look exactly the way I wanted it to (green version). Nothing wrong, I just wanted the “k” to touch in the middle (red version). So I decided to override the computer’s stitching and change it a bit. Also, notice the black arrow pointing to a ‘cloudy’ spot on my new version of the letter k.  This size (3”) of the letter is stitched in satin stitches but larger parts of the letter can be really fragile and snag easily if stitched with such long stitches. So I had the computer take a few ‘fill’ stitches where the black arrow is pointing. You don’t really notice this once it is sewn but the resulting letter will be stronger and less prone to snag and rip on your grandkid’s backpack—or whatever you stitch it on. 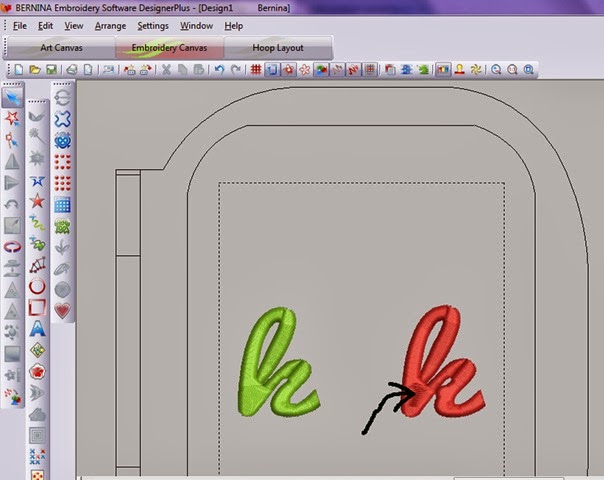 Then came the uppercase letter “L”. Sheesh, didn’t love the defaulted version at all. But some might, so I left it as is and created another version of the capital “L”. You choose which you prefer. 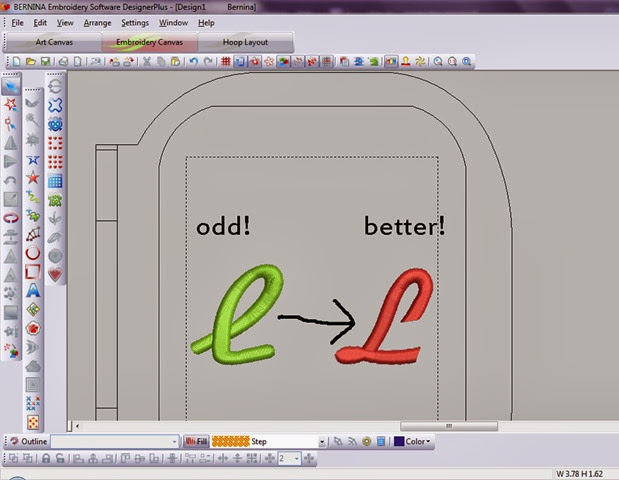 I decided to include another version of the capital “V” and “W” in case some customers didn’t like the tail. The tail is great when spelling words but if you want to stitch the letter “V” all alone, the tail looks silly. 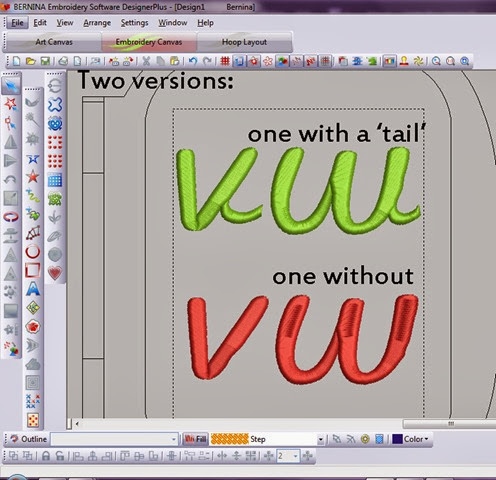 Lastly, I measured the letters on a sample and noticed they were not exactly as big as the computer said they should be. A bit too short so I included a 4th size (something I rarely do) so that customers could have  several sizes to choose from. 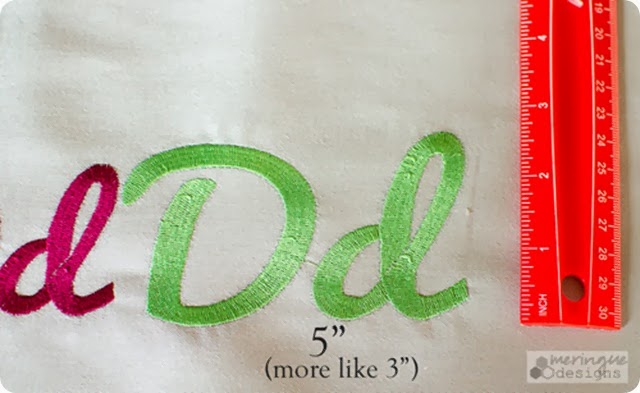 I liked Pacifico so much I used it on another design released the same day. This idea came from a customer—I’m always willing to listen to ideas from customers, just email me! She is obviously a big Bob Marley fan. (Who isn’t?) “Every Little Thing” can be purchased here. 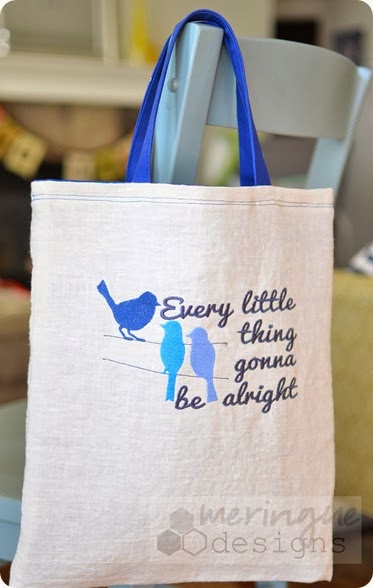 A few weeks later and that’s how the alphabet Pacifico came to be! Available for purchase here. 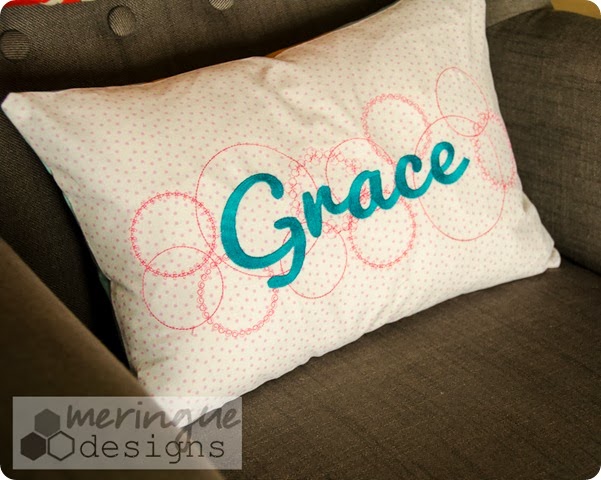