Please, No More Talk of Modesty

A year ago I sat in a laundromat in Antwerp, Belgium. Paul and I were trying to figure out the euro washing machines (nevermind that Paul speaks Dutch), but I’m a lazy person at heart so rather than try even 10 more seconds for him to figure it out, I asked the Hasidic Jewish woman next to me to just tell us what to do.  She was friendly and talkative. I’m friendly and talkative too and we ended up speaking about way more than laundry. She told me about her recent wedding, how her amazingly-tall husband saved her from a life of secular Judaism (born again Jew?) and how she had always suffered from seizures until she went to Jerusalem and prayed at the wall. Now they were completely gone. She sadly told me about her strained relationship with her mother now that she was orthodox. She even showed me videos of her friends’ Jewish weddings, explaining why everything was done the way it was.

She told me about her conversion with such zeal. I was mesmerized. She used to show her hair, whereas now she kept it covered; she used to wear pants, whereas now she wore long skirts to her ankles and sleeves down to her wrists. She once dressed like I was dressed right then--jeans, sneakers, and ponytail hair.  The disparity in our clothing was very obvious, so I tried to speak to our commonalities. I told her that I too was a very religious woman. Had she heard of the Mormons? She never had. And she was not accepting the claim that we were both religious women of God. She kept protesting, in her thick French accent, waving her arms, that she was a very religious woman. I was not. This jeans-wearing woman did not make headway with her on that front.

And you know what? It felt good. It felt so good, for the first time in well, forever, to be the Gentile Heathen. Moi, a Mormon woman who lives in Provo, which is like 90% Mormon and super conservative, to now be in the Jewish quarter of Antwerp, where I was now the minority. Maybe I’ve read one too many Chaim Potok novels but I’m pretty sure that classifies me as goyim. By the standards of this lovely Belgian, 23-year-old-newlywed woman, this 42-year-old-middle-aged woman was not dressed very “modestly”. The tables had turned. (An aside: this has to be the best conversation I've ever had while travelling, even better than talking to Sal in the fabric district in New York who tried to sell me some voile to make a top even though I said voile is sheer and all I do is push kids in strollers so where would I wear such a top, only to have him reply in what I swear was his best Andrew Dice Clay impersonation he reserved for tourists, 'hey lady it's how ya feel!')

Fast forward a year later. My 16-yr old daughter Ilene came home from church the other day a bit confused about what she heard about modesty in Relief Society. (The 16-17-yr old girls go to class with the women once a month.) 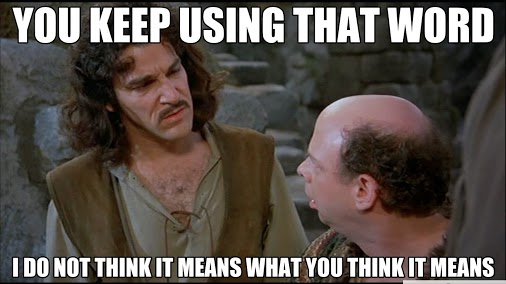 Modesty. Oh please, here we go again. If I never hear that word again used in context of how covered up a woman is it will be too soon. In the words of Ignayo Montoya, “You keep using that word, I don’t think it means what you think it means.” I don't think us Mormons have a clue as to what 'modest' means.

Ilene’s bottom line question was, “Mom what is the big deal with wearing a tank top?!” In short I said, “It is no big deal.” I reminded her of conversations we've had before-- that different articles of clothing are appropriate for different occasions. I don’t use the word modest to describe clothing, I use the word appropriate. We talk about this a lot. Ultimately she is in charge of her clothing. More importantly, never judge and objectify others based on their clothing either. The measuring stick I use to gauge my clothing choices is in no way a stick I use to beat others with.
My old-lady swimsuit is pretty much a tank top and shorts and is very modest by Mormon standards. But what if I show up to church wearing that same swimsuit? On the beach I was way too covered up by most standards, and in church I’d be lookin’ quite out of place and very immodest.

My covered-up swimsuit at church is “immodest”, my jeans and sneakers were “immodest” to that Jewish woman in the laundry mat in Antwerp, and to be honest would also be 100 years ago walking in downtown Provo, among my own people. I can see the glaring stares now from those Mormon Pioneers, “That woman is wearing pants! You can see the shape of her legs!”  So if modesty changes for fashion, time, and occasion, then clearly it is not the correct word to use in describing hemlines and visible shoulders.
I don’t even remember having ‘modesty’ lessons growing up. I remember we all wore tank tops and short-shorts at church, school, or wherever. Just use common sense, sheesh! There were no arbitrary made up rules about covering your shoulders or wearing shorts to your knees. My mother-in-law even told me all the women wore sleeveless dresses to BYU dances in the 1960s. Not strapless, or spaghetti straps, just sleeveless. That would never be allowed now. When did this orthodox-ness seep into my own religion? What happened between the 1980s, when I grew up, and now when I’m raising teens? And why? Are my daughters holier, more pious than I was at their age if they choose to be more covered up than I ever was in 1990? Will they be more prepared to go to the temple than I was? Do they have greater access to God? No way Jose.
A few years ago a new rule came about in our stake--no more shorts at activities. I was Young Women president at the time and I told my young women, ‘Look you don’t have to like this rule, I don’t get it, but as a leader I do have to keep this rule. You can think what you want, but for now, let’s play along.’ I think that rule eventually faded away because I send my girls to church Wednesday nights with shorts and there’s never been a problem.

So what does modest mean in my world today? I own a modest home. Or is it? Maybe in Utah County it is considered modest compared to the $700,000-dollar-5,000-square-foot homes going up just two miles away from me. But take my home and put it near my son in the Dominican Republic--who hasn’t had a hot shower in 9-months--or my mom’s childhood home in Mexico--and my home is downright ostentatious. Embarrassing actually for me to live like this when my son doesn’t even have drinkable water or a hot shower. (And for him it’s temporary.) What a privileged life I lead. There isn’t anything modest about my privileged American life. And that's what I told my daughter. That modesty is subjective, in houses and clothes. New subject please.