Discussing the Universe Over Hot Dogs and Zucchini

Paul has been winning me over to the wisdom of Calvin and Hobbes as he nightly (no joke) reads from his gigantic collector's edition before turning out the lights. Tonight's dinner conversation is one of those nights I wish I had taken the wisdom of Calvin's dad to heart tonight. (Trust me, I usually do give some pithy answer that leads the kids astray.)

Alas, Paul and I were trying to be good parents and once again we're not sure if we're doing more damage than good. You be the judge:
Ilene: If you’re born from your mom, and she likes a drink, is it possible you are going to like it too?
Paul: Ilene, anything is possible.
Cynthia: Usually kids like the stuff they grow up eating. My mom, whom I was born from, grew up eating salt on watermelon so she likes it. I didn’t ever grow up eating that so I don’t like it.
Ilene: (the consummate lover of salt) I think I might like to try that—salt on watermelon. Just to see if I like it.
Cynthia: You don’t need to try it. Watermelon is delicious and tasty without salt. Why make it less healthy by putting salt on it?
Ilene: Just to see if it is good!
Nathan: Do we always have to eat healthy stuff (as he scarfs his second hot dog.)
Cynthia: Well then Ilene, why don’t I go get you a dirt clod out in the yard and see if you like that too.
Nathan: What if I don’t want to try it?
Ilene: What is a dirt clod?
Paul: A clump of dirt.
Ilene: What do you call a ball of dirt?
Paul: A ball of dirt and a clod of dirt are the same thing.
Cynthia: (trying to stear the conversations back to the nature vs. nurture topic and away from dirt clods) Ilene, you are growing up eating zucchini so that’s why you like it. You like it because it’s familiar.
Ilene: I really don’t like zucchini that much.
Cynthia: Since when? You guys always eat all your zucchini without complaining.
Ilene: Well, I don’t like grilled zucchini that much. (We are eating steamed zucchini.)

(1 minute pause in conversation)
Ilene: Do people in China like zucchini? I doubt it because it’d be nearly impossible to eat it with chopsticks. It’s just too big.
Nathan: They don’t eat with chopsticks in China, that’s India!
Cynthia: That’s not true, Nathan. (We just had a conversation about this last week.)
Nathan: Oh yea, they eat with their hands in India. (The kids think it would be fun to go to India because they won’t have to use their forks and spoons at meal times. Good grief.)
5 comments:

Nobody ever tells you when you become a parent to be prepared for the most obscure questions ever posed to (wo)man. Truly, they border on the bizarre. Here is a sampling of questions Paul and I have been asked lately by our 3 somewhat intelligent children. 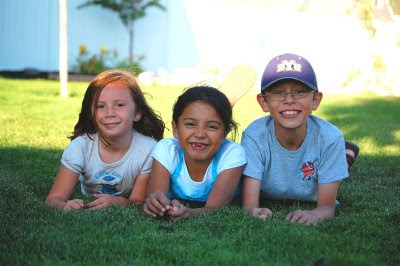 Who invented clothes? Do you know much about Shitzu dogs? What about ? If there were no nerves in my hand would it hurt when I stabbed it? Why are the grill marks on my chicken black? Why aren’t they purple? Do you think there is a way to jump out of a window and not get hurt? Are nuts good for you? Are nuts covered in chocolate good for you? Do those actors in the movie (The Fugitive) get paid extra because they have to get beat up? If I ride my bike without the cap on the tire, will bugs get into the tires? Do you know anyone with really bucked teeth? Well, if you don't know anyone with bucked teeth, do you know anyone with teeth so big they couldn't fit in their mouth?

Sometimes I just have to wipe the tears of laughter from my eyes. How do they come up with this stuff? 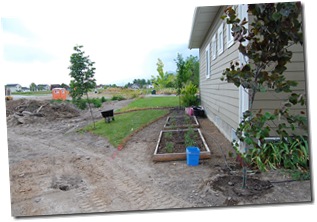 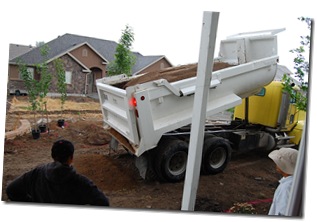 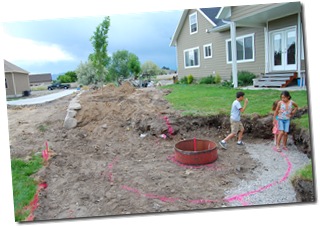 After many months of planning with an architect, hiring the best landscapers ever, and doing some of the work on our own, our back yard is finished! A  retaining wall was built to raise the level of our yard (we had a 3 foot drop!), countless truckloads of topsoil brought in, a fire pit area was added, new sod, 14 more trees, 13 cubic yards of bark, a new irrigation system, and oh yea, our new fence. I couldn't be happier. Someday when we save more pennies we'll finish it off with a nice matching patio (with stairs leading down to the fire pit area) and shrubs to fill in the beds. I love it, I love it. 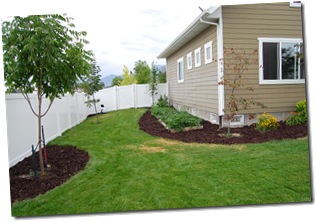 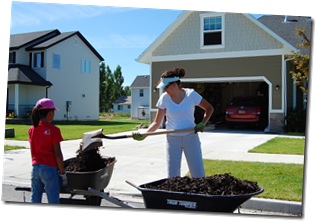 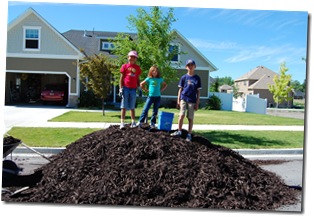 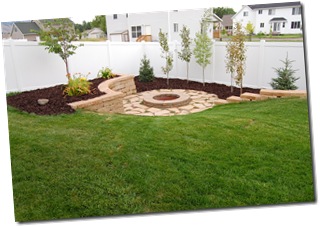 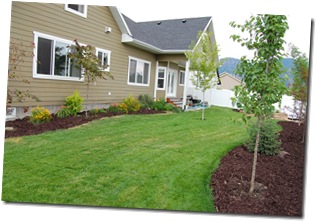 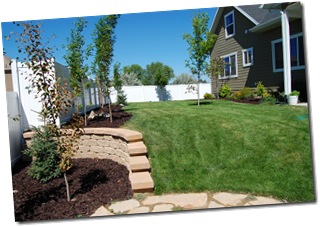 To complete this 15-minute Costco meal you will need:

1 red mini van to drive to Costcoland (or other vehicle of your choice). 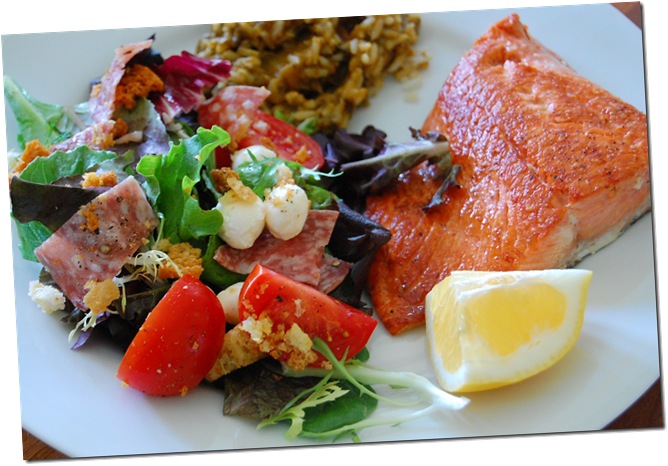 Once you are safely past the Costco Membership Guards, grab a shopping cart and quickly purchase:

Fresh Sockeye Salmon (wild please, try to avoid the not-so-yummy farm-raised stuff if at all possible, ) 1 package of Genoa Salami, 1 container of mini fresh mozzarella balls, 1 container of Spring Mix lettuce, 1 package of tomatoes, 1 gigantic sized bag of croutons. Try to avoid the new selection of Shade t-shirts on your way to register. It is ok however to sample the fizzy lemonade. Oh, and pat yourself on the back for buying fresh cherries and blueberries and avoiding the Fat Boy ice cream sandwiches. They’d melt anyway on your way home.

Once home, unload your spoils. Fifteen minutes before you want to eat, pan fry your salmon (which you’ve cut into 4” strips) for 3-4 minutes per side. During those free minutes, assemble the salad which should take all of 5 minutes. Yes, I realize salami in your salad means you’ll be serving fish and pork on the same plate, get over it.

Serve your meal with lemon wedges or the addictive dill sour cream sauce(leftover from last week when you made the exact same meal), and of course a leftover carb. In this case, I had leftover basmati rice mixed with saag aloo from Bombay House. Everybody loves salmon in my house so this meal is a real winner. *pats self on back*

Don’t forget to have the kids load the dishwasher while you wash the one dirty pan. Then quickly retreat to the couch and watch lots of Tv for the evening. Bliss.