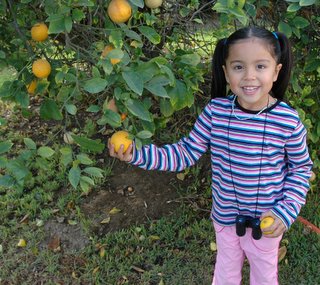 We just returned from a trip to southern California to visit my parents and other family members. We had a great time. Of course we did all the usual stuff like picking our lemon tree bare and also stealing grapefruits, tangerines, and oranges from my brother's tree. Getting there, however, proved to be a challenge. In my 13 years of trekking the I-15 between Provo and the Southland I have never encountered the traffic I did while on this trip. Oh sure, anytime one travels between these two destinations one must think about the Las Vegas traffic. What? You don’t know about the Lost Wages traffic? I thought I did—until this last week. Apparently living in Southern California isn’t enough of a gamble—one must travel to and from Vegas each weekend to pay their stupid tax. And sometimes it really does feel as if every Californian is on the two-lane I-15 traveling to and from Vegas.

We were making great time on this trip on December 26th, reaching Vegas in only 5 hours or so. I quickly called my mom and told her where we were. I said that we had reached a bit of traffic but that would clear up as soon as we passed the Vegas strip and to expect us in about 3 ½ hours. Wrong! From Vegas to Baker (a.k.a the Arm Pit of America) took us 4 hours! I could write an entire blog about the Black Hole called Baker, starting with that ridiculous giant thermometer, but I won’t. It got to the point where we were completely stopped on the freeway. People were getting out of the cars and walking around! My own kids hopped out of their seatbelts and reveled in their rebelliousness of being in a car unbuckled. Oooohh, we’re living dangerously now!

Of course it wasn’t long before Mother Nature was calling and I knew this couldn’t be good. The bankrupt state of California has only 2 rest stops along the I-15. And usually one is closed—no doubt due to budget constraints. How much does toilet paper cost? We get ours at Costco and it ain’t so much. For the decency of humanity why doesn’t California have more rest stops? Hmmm….one rest stop for the 10,000 people on the road in the middle of the desert. Does this sound like a good idea to you? At the rest stop we encountered lines that make Disneyland look good. More on Disneyland in the next paragraph. I counted 67 women in line for the restroom. Exaggeration would make this story a good one, but alas, I am not exaggerating. I had a revelation while standing in that line. No, the revelation wasn’t that women really do have the short end of the stick when it comes to public restrooms. The revelation came when I realized I was the only person in this line speaking English. Everyone in this line was Asian. Now, having grown up in California I can usually figure out what language is being spoken. I can pick out Chinese, Japanese, Vietnamese, etc. But I couldn’t figure out half of these languages. Where were these people originally from? You got me! Here's the revelation. Up until that point I naively thought that only white trash gambled in Vegas. Wrong! The wonderful immigrants who make this country rich with culture and commerce have fallen prey to the lure of Vegas. They too travel to the City of Sin to pay their stupid tax. I was so disappointed. After 20 minutes or so my children were done using the restroom with their dad in the considerably shorter men’s line so I abandoned my line and left. I guess you could say I was gambling myself. No explanation necessary, right? To make a long story short I’ll pass over the rest of my trip leaving out the other fun stories about my quest for a public restroom.

Two days later we found ourselves in long lines again—this time at Disneyland. Now, I didn’t 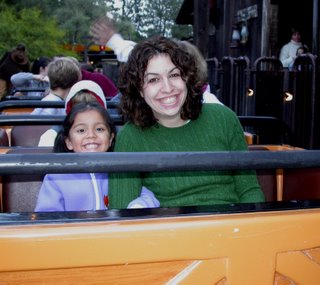 want to go in the first place. By then the 10,000 people had returned from Vegas and went straight to Disneyland. In the end I decided to go because we got the tickets for free. Any Southern Californian with brains and a few contacts can always get free tickets to Disneyland. That person was my sister who got them from her co-workers partner. So my family of 12 fell into the touristy trap and went to Disneyland. I’ll give you three examples that illustrate just how crowded it was. First—the sign in the parking structure said, “Disneyland is very crowded today. Plan accordingly.” What the heck is that supposed to mean? If there was fine print on that sign it would’ve read “Disneyland is very crowded today. Don’t waste your money here—go to Medieval Times today.”

Second example—at lunch time we headed to the Bayou Restaurant where we asked how long the wait would be for a table. The waiter said he could get us in for dinner Saturday night. It was Wednesday. Why don’t they just put up a sign saying “Restaurant Full” instead of making you wait in line to ask? Do they like rubbing it in to the masses of hungry people that there is no room in the inn? 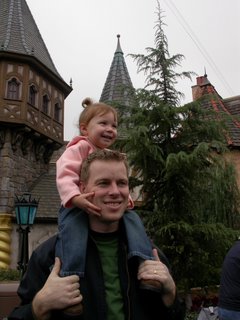 Third example: We tried to get a Fast Pass at 10am to ride the completely redone Space Mountain roller coaster. The Fast Pass return time was 9pm. Who is going to wait 11 hours to ride a roller coaster? What-ever! All in all, we rode maybe 5 rides that day. Thank goodness for free tickets. My sister returned a few days later (to use the remainder of her free tickets) with my kids so that they could catch what they missed. This time the sign at Disneyland read, "Disneyland is now full." But they already had their tickets, so Disneyland let them in anyway. But I didn’t go. No way. I had waited in enough lines on this vacation to last me until my next trip to the Southland.
5 comments: